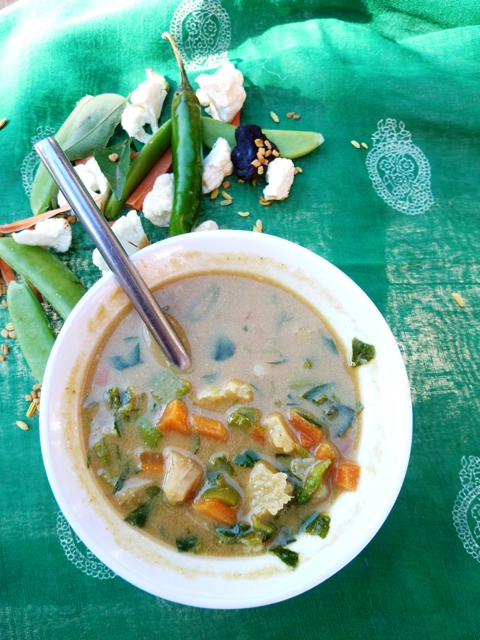 While researching “Gujarati Kadhi” I came across Sindhi Kadhi, something that I had not heard of previously and it really perked my interest. For me it would be perfect served piping hot during winter and nice and chilled for summer-obviously you would use winter and summer veggies respectively.

Sindh is one of four provinces of Pakistan and home to the Sindhi people and it is also known as Mehran amongst the locals. Sindh the province and its people derived their name from the river Sindhu- (name of the river before independence), since independence the river has been named Indus River and this river that passes through the middle of the entire province. The word Sindhu is of Sanskrit origin and means “river/stream” and its new modern name Indus-was derived from the Greeks who had conquered Sindh in 325 BC under the command of Alexander the Great and referred to it as Indos and hence it is now called Indus. Sindh is bordered by Baluchistan in the west, Punjab in the north, Arabian Sea in the south and by the Indian states of Gujarat and Rajasthan in the east. The province of Sindh is populated predominately by Muslims with sizable Hindu, Christian, Parsi and Sikh minorities

Like most of the Indian cuisines-Sindhi Cuisine is very nourishing and nutritious. Vegetables are almost a pre-requisite in Sindhi Cuisine-Sindhi Kadhi is just one of those dishes where all the vegetables used complement each other in taste, colour and texture. Okra and drumsticks are very popular or almost a pre-requisite in Sindhi Kadhi-however it is not so easily available here in Johannesburg so therefore any combination of your choice will work just as well.

NB:        Okra, drum sticks, goowar (cluster beans) and a host of other vegetables can be added – let your imagination run wild when choosing your vegetables. Prepare with winter vegetables and serve piping hot or use colorful summer vegetables and serve well chilled. I used carrots, green beans, cauliflower and fenugreek herbs in my version and I tried it hot and cold–loved both versions. 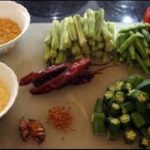 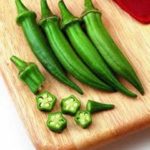 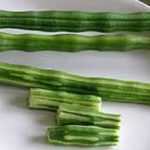 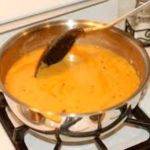 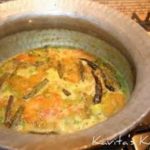 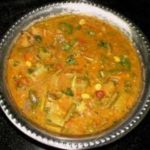 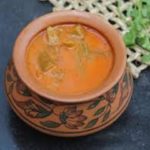 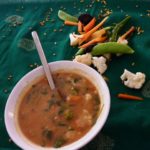 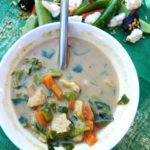 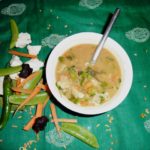