Saturday the 17th November 2012, sees SABC 2 broadcast the sixth episode of Dinner Divas and this is the final episode in the elimination round. I am not going to go into the nitty gritty of how and why I got this far, but it is the 24th August 2012-my birthday and I have to leave my sons who had planned a family dinner and fly to Cape Town for the filming of episode Six of Dinner Divas. Oh yes-I almost forgot to mention that as I embark on my journey to Cape Town—I have not 1, not 2 but half a dozen frogs in my throat—and that boils down to almost no voice. At OR Tambo airport I met the beautiful actress Kate Liquorice, and that is when I realized that I am paired against her. There and then I thought to myself-it does not matter if you do not make it to the next round, be grateful for being included with the other 11 Bloggers.

Upon arrival in Cape Town Airport we (Kate & I) were met by our chauffer and whisked of to the Upper Eastside Hotel in Woodstock, and here we were met by the bubbling Dominique of 2Blonds & A Red Head. Dom as she is affectionately called sorted our “speedy check in” room keys in hand we were off to our rooms to freshen up, drop of bags and in my case pots and pans. Within a few minutes we were in the foyer where Dom was waiting to take us to the recording studio/kitchen, where we met Anne Myers and the rest of the crew who were responsible for creating “DINNER DIVAS”. It was only when I entered the recording studio/kitchen did I realize what I had let myself in for—I am the kind of person that is most comfortable cooking and that to behind the scenes and without any “make-up” on, from that moment on –I had the jitters—“how was I going to do this”—“what if I forget how to cook” –“what if I burn something” what if I drop the pot” and the list went on. However the wonderful motherly hug, words of encouragement and smile of Anne Myers helped calm my nerves.

The next day –Saturday 25th August 2012-cold, raining and gloomy, and we had to be ready for the “make-up” crew at 6am. Make-up done we made our way to the studio/kitchen and started our long walk to “Lights! Camera & Action! The rest as they say is history. I was nervous from the onset of this journey; however when our host Michelle said “cook” I sort of went into my comfort zone- and that is “Cooking”, I had made some notes on how I should go about my preparations and cooking . However when I saw the bubbly, calm and confident Kate go about her preparations without so much as a blink, I got the jitters once again, and Kate stopped by my workstation to offer me some much needed “oomph” to carry on with my cooking and preparations. And now like everybody else I am going to have to watch the episode on Saturday the 17th November 2012 on SABC 2 at 8.30am— to hear what the judges had to say. 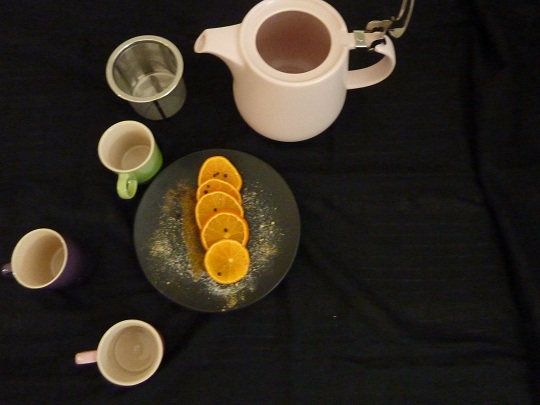 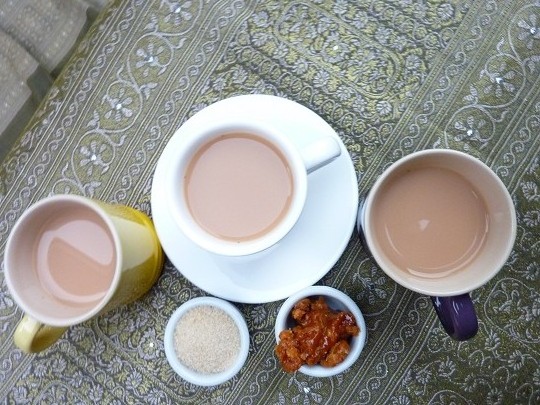 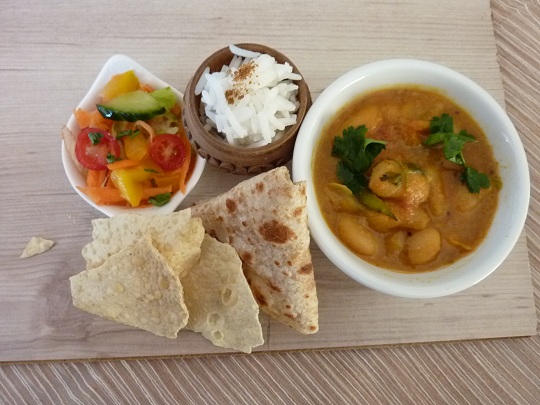