I was approached by the PR company of Spekko rice try out their new range of rice and to run a competition on my blog. Well I had all of the best intentions of posting this competition on or before “Woman’s Day”, however as usual family commitments prevented me from doing so, and seeing as August is “Woman’s Month” I am running this “COMPETTION” for a period of 7 days during the month of August.

All of the new Spekko Rice Range carries the endorsement of the Heart & Stroke Foundation of South Africa and my competition question is “Name the 3 Variants of Spekko Rice that are Low GI Certified and Approved by Diabetes SA?”

For the winner, I have a SPEKKO RICE Goody bag worth in the region of R400-00, so that he or she can get busy preparing rice dishes inspired by the region from where the relevant rice originates.

Please email your answers, name, contact telephone numbers and postal address to usha.singh@iafrica.com, with word SPEKKO in the subject line. Competition closes on the 19 August 2013 with the winner being announced on the 21 August 2013. The winners prize will be delivered/posted by Spekko’s PR company

During the next couple weeks I will be sharing recipes inspired by the place of origin of each of  the 5 different types of Spekko rice. 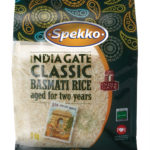 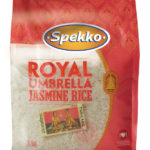 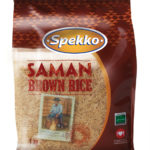 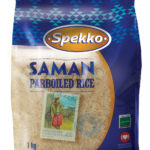 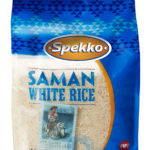 Spekko Rice announces the launch of “Five of the Best”

In collaboration with three of the world’s leading rice brands, Spekko Rice is extending the Spekko range with five NEW variants – all imported from some of the largest and most reputable rice growers in the world.

Three of the Saman brand rice variants from the Americas are also on the list. They include Spekko Saman Parboiled; Spekko Saman Brown and Spekko Saman White Rice.

This range is packaged in glossy, newly designed, upright packs. Available in 1 kg sizes the entire range of new Spekko Rice carries the endorsement of the Heart and Stroke Foundation of South Africa.

The launch of the five of the five top variants in the world extends the Spekko family to six.

I was not paid to do this post, however I was given a few sample packs

India Gate -This brand has become the largest selling brand in India, produced in one of the fastest growing markets in the world. The word basmati means “queen of fragrance” and is also known as the “king of rice”. Like a fine wine, Spekko India Gate Classic Basmati Rice is aged two years before packaging, ensuring quality and a magnificent taste. Classic Basmati Rice is grown near the foothills of the Himalayas, in an area where the unique soil and climate characteristics create the perfect basmati grain.

Royal Umbrella Premium Quality Jasmine Rice has been voted “Best rice in the world” over several years. Spekko now offers this rice as Spekko Royal Umbrella Jasmine Rice! The Royal Umbrella brand from Thailand is world-renowned for producing top rice. After all, jasmine rice is eaten with every meal in Thailand.

Spekko Royal Umbrella Jasmine Rice is fragrant and has a distinct jasmine fragrance – guaranteed to satisfy the tastes of even the most discerning rice lover.

Uruguay in South America has grown in reputation as the country where trend-setting, quality rice is grown. With its humid sub-tropical climate, year-round rainfall, ample natural pastures and numerous water reservoirs, Uruguay has emerged as a medium-size rice producer and Latin America’s major rice exporter.

These three American rice variants perfectly round off the selection of Spekko’s speciality range.

After all, “Arroz” as rice is known in Spanish, is the world’s number one staple food.

Launching these “five of the best” rice is just another way for Spekko to ensure that consumers truly have a Spekkolicious choice when shopping for Quality, Taste and Yield.

Recommended retail prices for the 1 kg packs are:

Indias Bollywood Experiance On Your Doorstep 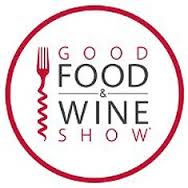